For the first time heli skier

Here it is. Your moment of utter solitude.
Snow is still whipping into your face—the only indication a thundering 3,000-pound machine had been, just moments before, three feet away. You knew it left, you heard the roar of the rotor as it lifted into the air and felt the battering wind grow stronger. But then, as it dived over the edge, it’s as if a heavy blanket dropped over the peaks.
Absolute silence.
It’s mysterious how mountains can completely mask any and all sound, save wind on gusty days. So you find yourself 6,000-feet up in the middle of Alaska’s Chugach mountains with your small ski group, but no one is saying anything yet; just listening, barely moving, taking in a panorama of sparkling glaciers, sunlit pinnacles and unblemished blankets of deep, glistening powder. And before your guide moves into action—before you wake from your reverie and remember the freaking awesome thing you’re about to do—in that moment of stillness, you feel absolutely alone in the wild.
This is heli-skiing, and it’s about to get better.

There’s really no feeling comparable to that of a first time heli ski (or snowboard). Surfing down the mountain, creating your own line while a halo of untouched powder wings around you—this is the feeling many attest to having started the sport in the first place.
But in the exhilaration of the run, people forget that out there—in the wild, rugged terrain of Alaska’s backcountry— is a different animal, and one not to be taken lightly without caution and preparation.
Whether you’re a practiced backcountry powder junkie who’s been waiting your whole life for this moment, or a conditioned resort skier here on a spontaneous excursion, there are a few things to keep in mind before launching into your first heli run. It’s the stuff I’m glad I paid attention to and some stuff I wish I had prepared more for.
Even if it’s not your first hoorah, it’s good counsel for any skier to consider:

There’s a reason why you should take those moments after the helicopter leaves to fully take in the scenery—not when you’re actually skiing.
Guides do their best to steer groups clear of foreseen dangers and obstacles, but some dangers and obstacles are unforeseen—meaning it’s not the guides’ responsibility to be your eyes. Just like the weather in Alaska, snow conditions can be completely unpredictable, making it hard to determine the type of ski day you’ll have until you’re actually skiing. Pillows of hidden rock and other hazards can be lurking just below the surface (no that is not a natural-made jump!) and in low visibility sudden drops can come up faster than you have time to avoid. It’s crucial to pay close attention to your guide’s directions.
It’s also incredibly easy to get lost in the bliss of the run, but don’t let that actuallyget you lost. In one of my last runs, I was so focused on following a particular set of skis tracks that I didn’t realize it had led me away from my group until nearly the end. I was able to ride over to them without a problem, but be aware of your surroundings in all senses and watch for signals from your guide. Even if you deem yourself a backcountry expert, this is the guides’ turf and their calls are the ones that will ensure you’re safely getting down the best possible runs.
And when you’ve made it down and you’re reliving the insane elation of your first run, don’t forget to take in the view again.

2. Be honest and confident in your ability.
Let your guide know your skill level and be honest with yourself. Taking on more than you can handle isn’t only dangerous to you, it’s a risk to others.On the other hand, if your guide thinks you’re up to the challenge, believe it. The worst thing a skiier can do, as in most any other sport, is to begin to doubt one’s own ability. Heli skiing is not always smooth sailing and is sometimes tough work, but second guessing yourself not only ruins your fun but pulls focus away from your reactions and the surrounding terrain.
Don’t be afraid to tell your guide your concerns should you start feeling questionable; he or she may have you take a break from a run, and that’s sometimes the best part of the whole trip.Personally, I skipped out on the last run after taking a tumble and admitting exhaustion; in truth, it took nothing from my experience, but rather added to it.
It was then that I was truly alone in the mountains.

3. Layers, layers, layers
As mentioned before, weather in Alaska can change in an instant—from calm, bluebird skies to (let’s hope not) 40 mph gusty white-outs. So it’s always better to look like the Michelin Man and strip from too many layers than to not have enough. I kept toe and hand warmers within reach and two neck warmers on to cover my face in case one got snow-soaked (especially around the helicopter).
It’s also a good idea to try on everything you plan on wearing before you go out, so you know what’s necessary and comfortable. No matter how awesome the snow is and how beautiful the day, the cold could ruin it if not prepared.
4. Sounds like an obvious one, but use powder skis/snowboards.
You may be able to get away with your standard all-mountain skis or snowboard during a powder dump at a resort, but this is not a ski resort. This snow has never once and never will see a snowcat, and there’s no such thing as a “tracked out” run. Above 6,000 feet, the base depth could be three meters (10 feet) or more of completely unpacked snow, so when the powder is good, the powder is incomparable to what you’d find at a resort; you’ll do yourself a favor and enjoy your first heli ski 100 times more by using skis made to handle it.
As Majestic’s head guide and operations manager, Chris Shelley, once told me, “I can ski really, really well without powder skis at resorts and in backcountry areas….but there’s no way I won’t use powder skis out here, for something like this.”
I, to my regret, did not use a powder board for my first time, and I probably spent more effort and energy trying to control the board than I did truly enjoying the ride. I still had an absolute blast, but next time I’ll know better.

5. Remember why you’re here.
Some people make the mistake of going heli skiing for themselves, but then end up skiing for the people around them—meaning they ski to impress, keep up, or secretly compete.
As a newbie to heli-snowboarding and much less experience under my belt that the rest of my group, I admit to feeling slightly intimidated on my first run. But I figured out quickly that it’s not a race, nor is it a competition. I was with other snowboarders who were also here for the powder of their life and rode like it, and so did I, just in my own ability.
Be you and ride for you, and enjoy the ride while you can.Slow down, feel the mountain, ski comfortably and create an adventure that no one can take from you.

6. Be prepared to be bored by ski resorts.
There’s really no need for an explanation.After something like this, there’s no going back.

Popular posts from this blog

The staff at Majestic: Who are we really? 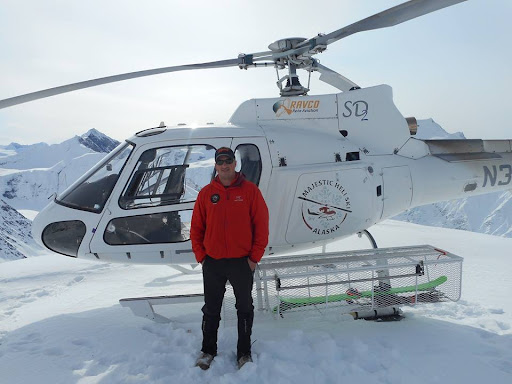 The staff at Majestic: Who are we really? We are the ones who greet you as familiars, serve you as family, and party with you as friends. We won’t hesitate to wake you for the northern lights, we think after dinner parties are best by bonfires, and we may be the first to say “yes” to a round of shots. Our goal is to give you a memorial experience both on the mountain and in the lodge, and we take our jobs just as seriously as we take our relationships with you. One of the coolest aspects about Majestic, aside from the obvious incredible heli skiing, is the mesh of personalities that make up the anatomy of the business. We’re a small staff of 19, and every position we fill is crucial to maintaining a five star experience. It’s not just the jobs that we do that make it a five star experience, though; it’s our charisma, backstories and connectivity both between ourselves and the guests. But aside from the titles of “guide,” “chef,” etc., who are we really? You can check out job bios abou…
Read more

Heli-ski reality: Ignore the misconceptions, it’s a sport without discrimination

Heli-ski reality: Ignore the misconceptions, it’s a sport without discrimination5 COMMENTSBY DONNY O'NEILL/ DECEMBER 19, 2016 38Shares Share Tweet Pin
We rocket through the sky, defying gravity, the pervading sound being the WUMPH-WUMPH-WUMPH of tornadic rotor blades. Below, the snow-caked pinnacles of the towering pine and fir tree metropolis seem to tickle the chopper’s underbelly—taunting us with the promise of the bountiful snow bedded between their trunks. We ascend higher until the timber thins out and we hover above our designated landing zone. The mechanical bird gently kisses the wintry earth and we file out of the door, bodies hunched for safety, then huddle together a few yards away from our transport. The guide removes our equipment from the basket mounted to the helicopter’s side and distributes the gear before kneeling beside us and giving thumbs up to the pilot. With that signal, the machine lifts off delicately—as if in slow motion—then whizzes into the sky. I turn ar…
Read more